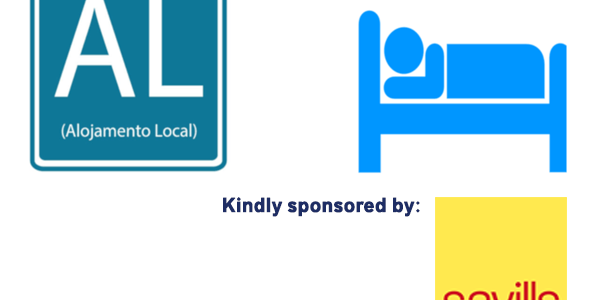 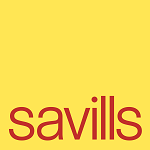 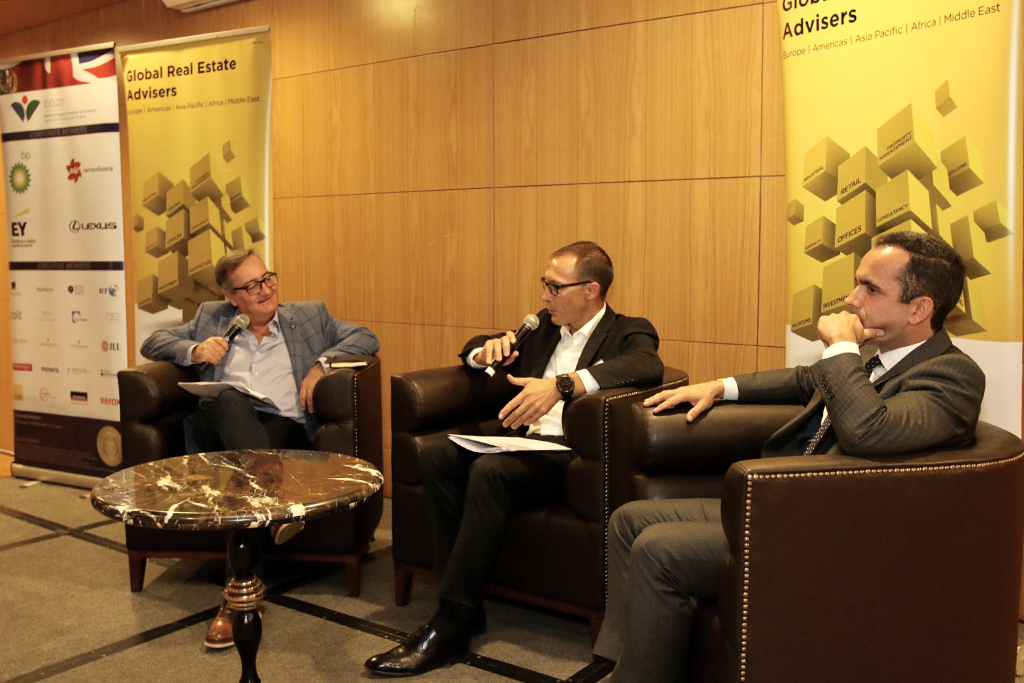 According to estimates local accommodation such as AirB&B, guest houses and hostels in Lisbon now account for more than 50% of all tourist bookings in the capital.

In fact houses set aside for local tourist accommodation in the borough of Lisbon which has around 500,000 inhabitants has the capacity to accommodate 102,000 visitors.

The statistics come from Lisbon City Council which also remarks that in March 2019 there were 18,000 local accommodation establishments, a growth of 80% on 2018, a growth trend that has increased on previous years.

But how is this competition affecting the traditional hotel sector in the city and is the mushrooming phenomena of guest houses creating unfair competition or can the two co-exist happily?

This was the question on the table at a debate last week entitled “Hotels v Guest Houses and areas of contention: competitive rivals or complementary alternatives” co-organised by the British-Portuguese Chamber of Commerce (BPCC), the French, Belgian-Luxembourg and German chambers of commerce with panel with Ricardo Amantes (Commercial & Investments Director of Coporgest/Lisbon Best Apartments) Miguel Garcia ( Director of the Tivoli Avenida Liberdade) and moderated by Vítor Norinha, journalist (Megafin). 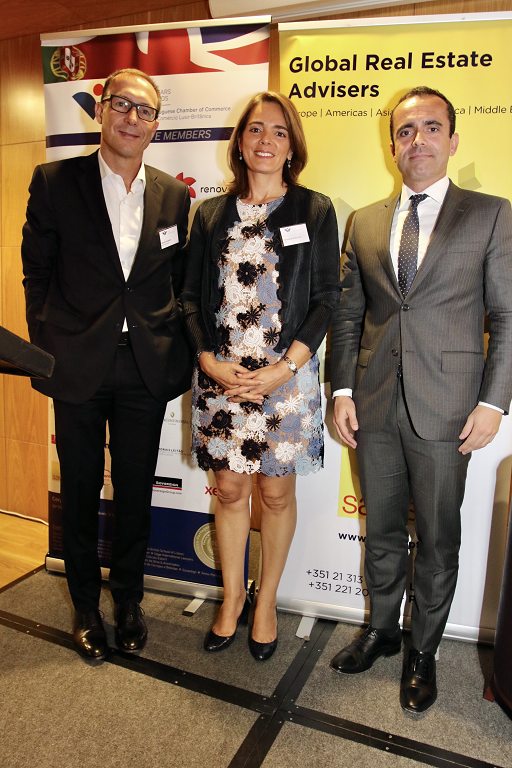 The first issue raised was if there was a certain tourism phobia in Lisbon with the spectre of the city becoming a tourist Disneyland like Barcelona, Berlin or Venice.
Ricardo Amantes said that while there wasn’t evidence of a phobia towards tourists in Lisbon, tourist numbers had grown exponentially over the past four years and Miguel Garcia pointed to the need for better public transport infrastructure and services to cater for the growing numbers.

“If Lisbon and Porto are not better prepared for this demand and given that we don’t have a second airport up and running yet, the city will need more infrastructure, services and better quality ones.”

“Today we see local accommodation not so much as a competitor but complementary to existing offer and vital for the development of cities like Lisbon and Porto,” Amantes added.

In fact, the Portuguese are well known for being hospitable and having the art of welcoming visitors and being good hosts, a phenomena seen up and down the country.
“I think we are one of the few countries in the world who know how to welcome visitors and make an effort to do so in English. We have room to grow and develop but must do so in a sustainable way” he said.

Crunching the numbers Vítor Norinha said in Lisbon there were 18,000 local accommodation premises but 15% offered a poor service and many of these in area of contention such as the central Lisbon historic neighbourhoods. Local accommodation — and these numbers have been disputed — represent 50% of all tourist accommodation in Lisbon and Porto, others sources say 33% while around 63% of beds in Lisbon are for local accommodation and 37% for hotels. In 2018 there were 56,000 beds in hotels and apart-hotels while in the first half of 2019 there were 25-5 million visitors which means the same amount of tourists as in 2018.

Some 92% of the license holders of local accommodation own between one and three premises which means it is a relatively small business with area of contention representing 20% and relative areas of contention (15%).

Ricardo Amantes said he was “very critical” of regulations aimed at controlling the number and nature of local accommodation that has been approved but currently awaiting publication and are designed to protect the lifestyle of local residents in historic neighbourhoods and maintain the traditional and authentic character of them.
“It seems to me that the real reason for introducing these regulations is not so much to ‘put the house in order’ but to try and resolve the problem of a lack of affordable housing in Lisbon since reading the memoranda to do with the regulations the aim is to ‘preserve the social reality of the neighbourhoods and residents and safeguard the fundamental rights to housing against the growth of local accommodation and the pressure this demand puts on rising property and rental prices.

Miguel Garcia said he had a “different view” of local accommodation which was that it was complementary. “I agree that it has to be controlled and regulated to preserve local traditions and authenticity. To preserve our history and the elderly with their washing lines hanging from windows really is part of our culture and history.”

“If you are a tourist and see hoards of tourists in the traditional neighbourhoods you completely lose the effect of the authenticity of these “bairros” and local accommodation must result in creating a genuine experience in the location, avoiding situations that have happened in Greece and Italy” he said adding that Lisbon rank the risk of approaching a Disneyland situation.

It was also pointed out that investors had bought up property to turn into hotels or guest houses and were now, because of the regulations, left with either potential white elephants on their hands or were facing restrictions making it difficult to have a good return on their investments. “These government rules have been passed regardless of the current investments underway” he said adding that so far the Government had not given a positive reply to concerns over investments already earmarked in Lisbon.

“From the point of view of overseas investors who have and want to invest in Portugal it sends out a bad sign that investors cannot trust the government because it chops and changes the rules,” he said.

So, with local accommodation already overtaking Lisbon’s hotels on mid-price average stays (city-breaks), can the hotel sector compete and coexist with the more affordable competition that is attracting so many younger people to stay in the city?
It largely depends on the type of trade you are looking at. According to the Lisbon Tivoli boss, if I’m looking at the Tivoli Avenida (five-star) we perhaps have competition from the first stay tourists make in the city. What I call curiosity visitors,” he said.
“But for people that want services, history, brand and class then the expectation is completely different for a certain type of traveller that wouldn’t be expecting the same in local accommodation,” he added.

“But it we look at our three and four-star hotels, then I would agree that we have a greater competition.”
The answer could be to become better and more competitive at three and four-star level, strengthen its core business which in hotels means service whole local accommodation has a lot of growth to do in these areas.

Some bed and breakfast guest houses that are members of city hosting platforms can so offer some services but the kind of tourists that book into local accommodation are not the same kind of visitors who want to stay in hotels.

“I think there is room for both, but we at Tivoli in terms of mid-price strategy believe that local accommodation could become a competitor since value-for-money is very important and more so than the classification of three or four star classifications,” said Miguel Garcia.
“I think one way or another local accommodation will need become more self-demanding to become competitive and many in the hotel sector so see this as a big threat that we have to battle against, but today I see it has a complement to existing offer,” he said.
The overall conclusion was that there was a percentage of local accommodation providers offering bad or limited services and or conditions currently in the market while it was likely that within the sector itself there would be fierce and growing competition reflected by some local accommodation providers upping their game in terms of conditions and services offered, putting them effectively on a par with small residential hotels. 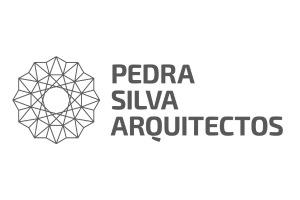 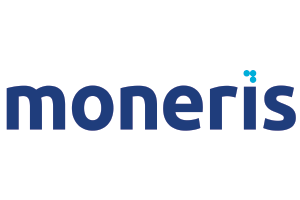