Our latest Corporate Members lunch, kindly sponsored by our Corporate Member, Savills Portugal, was held at the British Ambassador’s Residence on 26th November, with the polemical issue of climate change taking centre stage. HM Ambassador, Chris Sainty, welcomed the esteemed group of 26 Chamber members to his residence, citing the continued relevancy of sustainability in the British agenda.

HM Ambassador passed the floor to our Chairman, Rui Almeida, to introduce this ‘mock’ COP26, that focused on the industry’s response to climate change and its contribution to a greener future. Rui highlighted the contrasting issue of record demand and widespread anger towards the energy industry, regarding its sourcing. This has put the sector in a tight spot, and he handed the floor to Andy Brown OBE to focus on this in more detail.

Mr. Brown delivered a speech forecasting the future roadmap of the sector and GALP’s future, deservedly summed up by Rui Almeida as “visionary.” Mr. Brown warned the room that the energy transition and the implementation of renewable energy would be the biggest challenge of our generation. His ideas regarding the reinvention of the world’s oil and gas companies to combat this challenge and bring in the new dawn gave us all food for thought. With this perception, Mr. Andy Brown outlined Portugal and Iberia’s potential to become a world leader in the renewable sector and alluded to GALP’s plans to be at the forefront of this. It was also refreshing to hear that Portugal’s vast talent pool is being recognised by one of the nation’s principal employers.

In response to Mr. Andy Brown’s speech, Pedro Silveira from Grupo SIL, took the opportunity to pick GALP’s CEO’s brains. To keep the debate moving, Paulo Silva from Savills and Carlos Oliveira from Moneris had some questions to raise whilst Gonçalo Caeiro of Joyn Group concluded our debate with one final query to Mr. Andy Brown regarding the future of nuclear fusion. 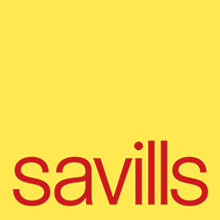