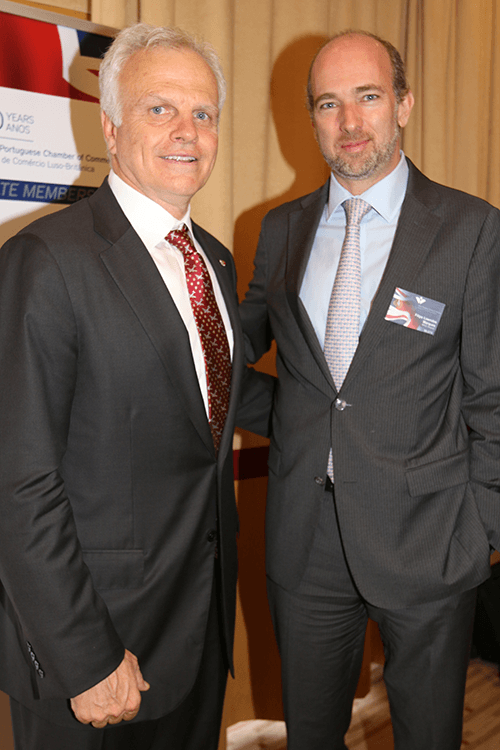 At a breakfast event in Lisbon hosted by the British-Portuguese Chamber of Commerce (BPCC), TAP shareholder and founder of JetBlue, David Neeleman said it was imperative that Lisbon had a new international airport as the current facility at Portela -Humberto Delgado International Airport – could no longer deal with current levels of air traffic.

“We need a new airport. We can’t wait five years. A terminal equivalent to Terminal 2 at Portela could be built in six months, so we can have something up and running in two years,” he said.

While he welcomed low-cost carriers and admitted there was space in the markert for both low-cost and ordinary commercial airlines, the executive made it clear that “everyone should pay for their own airport”.

“I’m not paying for Ryanair to come here and take away our business and provide them with an airport to boot. No one should accept this!” he added.

The company he runs with Humberto Pedrosa, Atlantic Gateway (Gateway Consortium) has a 45% share in TAP. David Neeleman said he was focused at TAP on paying off 600 million euro worth of debt from November 2018 in instalments of 10 million euro per month.

He also said that that he believed TAP could end the year in profit but admitted that “we have to lower costs and become more efficient.”

“The lack of a suitable airport is TAP’s main challenge. “When the number of passengers grows by 25% the infrastructure need to keep pace. There are people who want to visit Portugal and we have to say ‘no’ Portugal his closed between such and such an hour because there’s no capacity at the airport in Lisbon,” he said.

“There are hours of the day when flights are forced to be grounded because of lack of slots the other end,” he added.

He explained that both the Government, TAP and the Portuguese airports authority ANA needed to work together to resolve the problem. “We know there are negotiations underway with the Air Force to purchase Montijo” he continued.

The airline mogul, who has founded 4 commercial airlines – Morris Air, Westjet, JetBlue Airways and Azul Brazilian Airlines -, and whose Gateway Consortium bought the share of TAP in June 2015, said that TAP was considering opening new routes to Chicago and San Francisco with the goal of making the most of partnerships with JetBlue.