Visit to the SCC Brewery 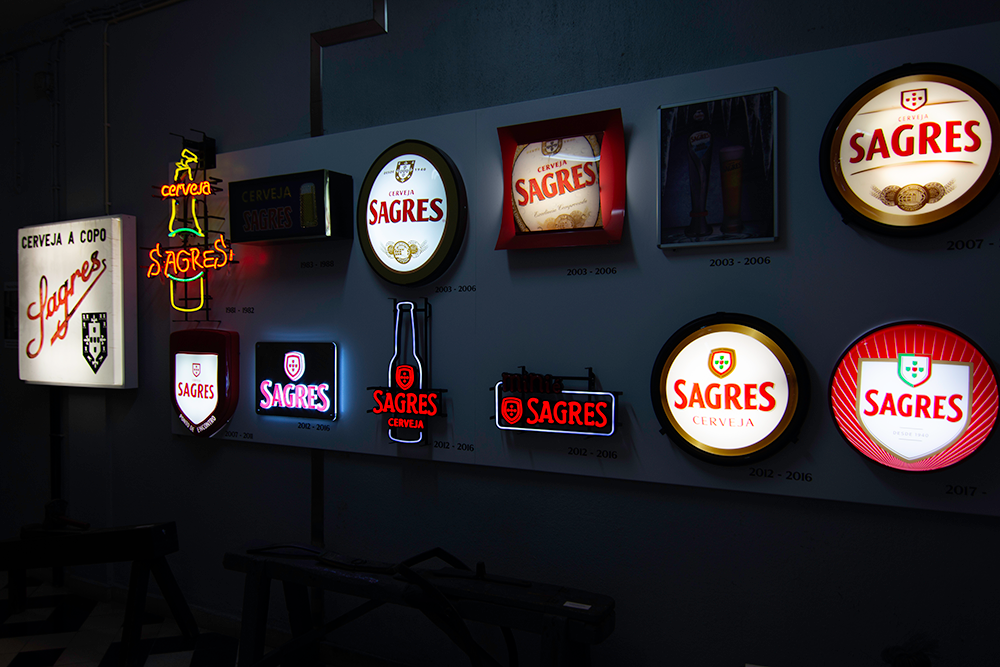 With a keen eye on the hospitality industry over 20 members of the BPCC met at the Lisbon’s InterContinental Hotel bound for the Sagres Brewery (Sociedad Central De Cervejas e Bebidas) in Vialonga. The hotel’s Uptown Bar offered us a cosy meeting place where everybody introduced themselves ahead of our departure by coach. The group largely consisting of Food and Beverage Managers from many of the Chamber’s member hotels and resorts, including representatives from Porto and the Algarve.

Upon arrival we were greeted by SCC’s Nuno Pinto Pinto de Magalhães and Paula Florentino who would act as our knowledgeable and enthusiastic guide for the ensuing tour of their enormous facilities.

First things first; the preparing of the malt – the group spent an engrossed 40 minutes in Sagres’ “MicroMaltagem”; the laboratory in which small scale preparation is performed to determine the intricate process (Steeping, Germination, Kilning and Milling) to create the perfect malt preparation to be brewed. An age-old tradition benefitting from modern day technology. As we wandered throughout the various areas of the production process our olfactory senses were treated to an abundance of varying aromas.

From micro to mega; the group moved from the lab to mass production. The steeping machine were four 75,000-litre vats, the germination baths being at least the size of 2 tennis courts and a kiln who size left us agog. The scale of the operations was mind-boggling and highly impressive – this facility being the only one in Portugal producing Sagres.

Scale remained the theme as the group went through cooling, brewing and fermentation, but everything suddenly got very technical and 21st century for filling and crowning in the bottling plant. Thousands upon thousands of bottles perfectly marched around the plant on carefully controlled conveyors. Filled, crowned, labelled, packaged and prepared for distribution with the lightest of human touches – only a tweak and check at certain time to ensure calibration was absolutely perfect.

SCC is justifiably proud of its long history, so the group was ushered to Sagres’ museum to view the collection of artefacts, bottles and logos which have been an intricate part of the brands evolution during the past eight decades. So much walking and studying of history proved to be thirsty work for most of the entourage, so we happily moved on to the highlight of the visit – to sample the product! Our hosts greeted us to two fine partner brands of craft beers, Trinidade (Portugal) and Lagunitias (California, US), both of which had their own strong personalities. Responding to a change in market demand SCC has recently complemented its offering of the famous Sagres brand with several craft beers, and the dedicated craft beer team were on hand to explain the commercial benefits and logistics of distributing this expanded offering to its discerning clients.

As with all BPCC events, the objective is to promote business, and rarely has doing business been so pleasurable! Even our chefs and F&B managers were impressed with the lunch with which we were presented – a choice of bacalhau with gorgonzola and asparagus or guinea-fowl with chestnuts. The hubbub of business being done and cards being exchanged between all parties left us all with a sense of “mission achieved”.