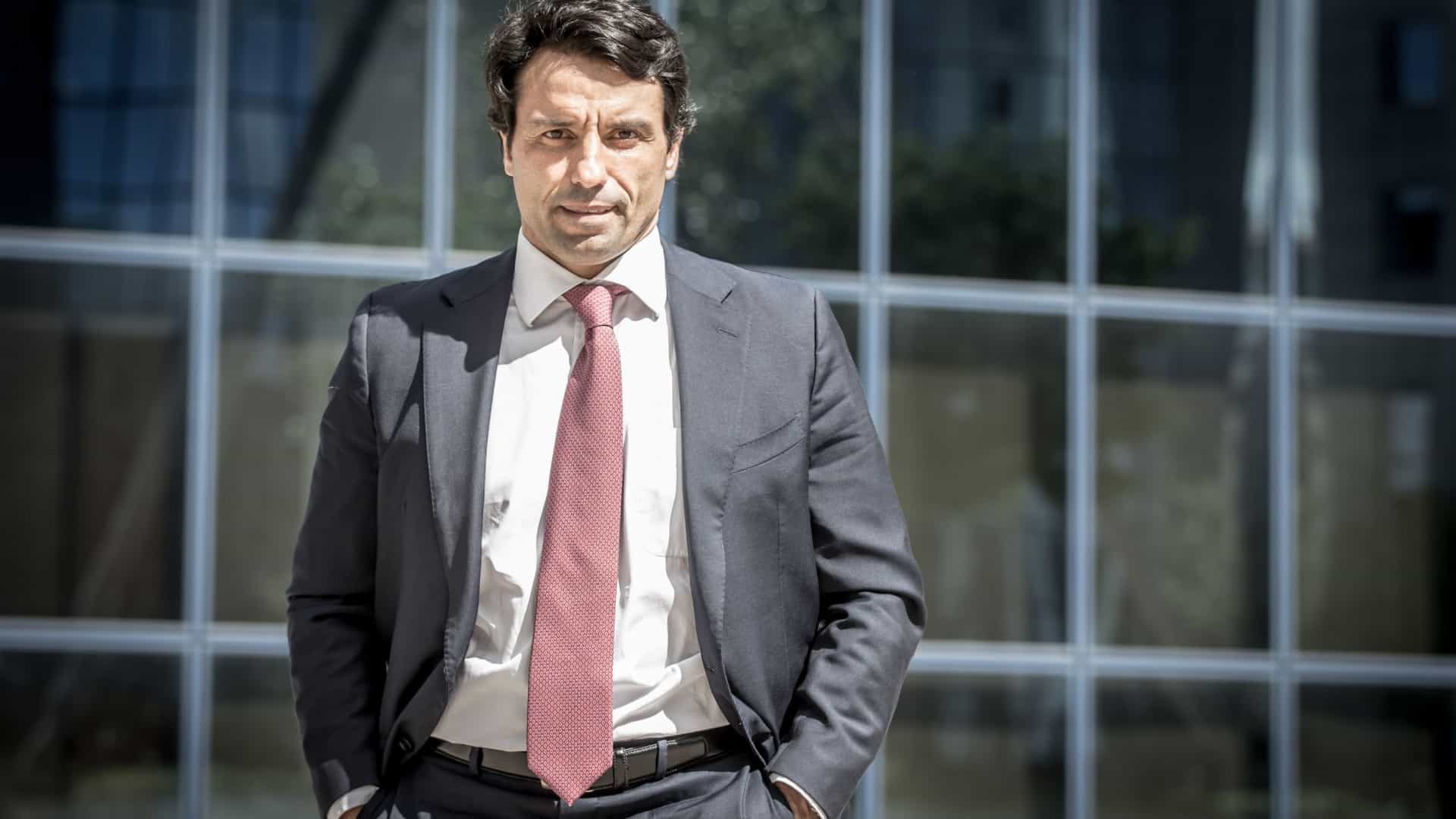 The oil industry has been particularly hard hit by the Covid-19 pandemic as a result of falling demand provoking a record low in international crude prices, huge market volatility and a glut in stocks. The CEO of BP Portugal Pedro Oliveira discusses ‘Oil Price Volatility and its Impact on the Energy Market’ with the British Portuguese Chamber of Commerce (BPCC) in a webcast moderated by António Comprido, General Secretary of APETRO, the association which represents energy, oil and gas companies operating in Portugal.

British Petroleum (BP), like all oil producers worldwide, has suffered from effects of the international economic shutdown caused by the current Covid-19 pandemic as demand has fallen across the board from all sectors at a time when there was already a surplus on the market.
This has been greatly aggravated by a falloff in China’s industrial production levels and, as a consequence, its oil importing requirements, not to mention the grounding of airline fleets around the world.
The actual and expected collapse in demand from China and the rest of the world as the economic impacts of Covid-19 hit home has sent crude prices to their lowest levels in more than a year.
But to what extent is the collapse in prices circumstantial and structural and what will be the recovery rates for a product which is still of prime importance for both economies and society?
BP Portugal boss says that “there is not a single oil producing company in the world with a balanced cash-flow since the price of crude fell to below US$35 per barrel. All of these companies, without exception, are in difficulties, particularly when they have to meet their shareholder commitments. Both BP and Shell are responsible for 30% of the dividends distributed on the FTSE 100.
Price volatility was the least volatile in the period between 1900 and 1970 and until the first oil crisis in the early 1970s.
Before the beginning of March 2020 the price of crude had been stable at between US$45 and $US65 or “within the comfort price zone” known as a ‘fair price’ for crude. This is a price band within which oil companies can distribute promised dividends to shareholders, in which they don’t strangle demand, make enough profit to invest in and explore renewable energy alternatives, and can maintain some semblance of balance in an overall unstable and volatile panorama.
“If prices go over $US75 demand is stifled and the economy is impacted, and if it falls below US$45 the financial viability of these companies is put at serious risk in terms of making enough money to invest and pay out dividends to shareholders” explains the BP Portugal CEO.
“From March demand fell 30% below the expected price, while there was a lot more offer in the market than demand warranted. But what is subjacent to this volatility? We have a relatively simple model, but we have never been able to predict or influence the price, and those factors we thought could condition the price is now no longer valid” he says.
Investors and traders, he says, who bought long (i.e., on future projected expectations) now find that if they try to sell the oil they purchased they will face huge losses.
But even before that, the model for market behaviour and the factors which conditioned prices which had been relatively stable until the late 1990s, had no longer held true for 20 years, so this phenomena didn’t just happen with the pandemic from March.
In February OPEC producers tried to negotiate a production cut amid concerns that Covid-19 could impact demand — which is exactly what transpired from March. Russia walked out on the negotiations and Saudi Arabia responded by undercutting oil prices by US$6-8 per barrel before, on 8 April, Russia and Saudi finally arrived at an agreement to slash oil production by 10%.
But by then it was too late. Prices had already fallen by up to 60% from February highs and prices sank to below zero with May futures for WTI oil closing at -US$37.63 on 20 April. For the first time in history producers were willing to pay traders to take oil off their hands.
In the past oil reserves had been relatively scarce. Over the past 20 years, not so much through exploration but rather improved technology, we have discovered two barrels of petroleum for every barrel consumed. We have gone from talking about peak of production to peak of consumption by 2040.
Automation has taken centre stage in recent years, which for the oil industry was a matter of necessity. When oil prices fell 75% over 20 months in 2014, the industry was forced to modernise.
By 2018 prices had recovered, hitting record levels in the United States as technology has reduced operating and maintenance costs and increased efficiency in marketing and distribution.
The second point is that 20 years ago OPEC was responsible for two-thirds of oil production worldwide. Today it is only worth one-third and no longer has the capacity to influence the price of oil in a structural manner, although it can still substantially act as an arbitrator over the oil price.

Also, the past decade has seen a significant impact from shale oil (10% of world production) particularly in the United States. The International Energy Agency had suggested the US could well overtake Saudi Arabia and Russia to become the world’s biggest oil producer this year and energy self-sufficient by 2030.
However, while US shale oil production will probably have a positive impact on US domestic oil production and reduce its level of oil imports, most analysts suggest it will not affect the global oil supply and in reality the US will never be able to become self-sufficient or overtake Saudi and Russia, let alone have the power to deny OPEC the power to set international oil prices.
“Shale oil production, because its output can be activated and deactivated relatively easily, unlike conventional crude oil extraction, has softened the volatility curve in times when there have not been the sharp external shocks that we are seeing now” says the BP Portugal CEO.
“The oil market is very good at reacting in terms of operations to an increase in demand, but is not so effective in dealing with falls in demand and the very aggressive falls in price when demand slacks” he adds.
Under normal circumstances, the high level of efficiency in the industry means output production is exploited to the maximum. However, the unstable imbalance currently being seen, with an intensity in volatility, the production of shale oil because its production can be activated and deactivated relatively easily has softened the curve when there have not been such sharp external shocks as we are seeing now.
“These exceptional circumstances have ‘only’ led to an aggravation of a volatility that had already been in the market for some time” says Pedro Oliveira.

Stuck with a glut

Oliveira says that before the pandemic the world consumed around 100 million barrels of oil per day, but with the fall in consumption now, which implies a fall in consumption of 25-30%, “we are currently consuming around 70-75 million barrels per day”.
All those who bought under the positions three or four months ago in the futures markets, means they are stuck with 25 million currently unwanted barrels of oil which are costing a fortune to sit around in storage, hence the current desire to offload it despite making a loss.
The rising stockpiles of crude is now overwhelming storage facilities and has forced producers to actually pay buyers to take the barrels they cannot store — that’s 65 million barrels of oil in storage for each two days of consumption.
In fact, by the 20 April a record 160 million barrels of oil was being stored in supergiant oil tankers outside the world’s largest shipping ports, including the US Gulf. The last time floating storage reached levels even close to this was in 2009 when traders stored more than 100 million barrels at sea until it was able to offload stocks when the economy began to recover.

The effects on BP

So where does this leave BP which as seen its profits plummet 66% as the coronavirus hit oil demand?
BP says that underlying replacement cost profit, its definition of net income, was US$800M in the first quarter of 2020 – down from US$2.4Bn like-for-like in 2019.
However, its chief executive Bernard Looney says the company will continue to pay shareholders a dividend. “Our industry has been hit by supply and demand shocks never seen before, but that is no excuse to turn inward,” he said.
But low oil prices can leave BP with a problem. If it wants to fulfil its target of going green and being carbon neutral by 2050 it needs higher oil prices to make the investment needed to do so.
“We are trying to protect our financial derivates as far as possible to get through this very complicated period, we are looking at this crisis as a company with over 100 years of experience that has suffered losses and faced crises before” says Oliveira.
BP is going through the largest reorganisation in its history with an ambition to become a net zero company by 2050 or sooner through a five-target plan which includes a 50% cut in the carbon intensity of products it sells by 2050 and installation of methane measurement at all BP’s major oil and gas processing sites by 2023 and slash methane intensity of operations by 50%.
It also aims to increase the proportion of investment into oil and non-oil and gas businesses over time.
“This crisis has taught us a series of lessons and we want to accelerate our reorganisation and strategy going forward because in 10 years we want to be a different company”. And he concludes that yes, the world will continue to need oil for some decades. When demand begins to pick up, and we are going to continue to need oil-driven energy for the foreseeable future, prices will rise again aggressively,” he concludes, even though analysts say the price of a barrel of oil will remain below US$50 for the foreseeable near future.