The European awards for 2018 were revealed in September, when Blevins Franks achieved the “Best Adviser Firm – Europe” accolade.

They also won the “Excellence in Business Strategy” award at the Europe event.

Now that all the regional awards have been given out, International Adviser has recently revealed which firm took top honours globally – and Blevins Franks was recognised as the “Best Overall Adviser Firm 2018”.

The awards are determined by an independent judging panel, and their feedback was very positive. For example, they described Blevins Franks as having a “solid track record, excellent strategic focus and a clear, professional commitment to customer service”. Or, as one judge succinctly put it, “The stand-out firm”.

A spokesperson for Blevins Franks said “We believe these awards are a reflection of the high-quality advice our Partners, Private Client Managers, tax, trusts, pensions and investment teams strive to provide to clients, as well as being a testament to the hard work and dedication of every member of our 200-strong staff across our 22 offices.”

Blevins Franks Financial Management Limited (BFFM) is authorised and regulated by the Financial Conduct Authority in the UK, reference number 179731. Where advice is provided outside the UK, via the Insurance Distribution Directive or the Markets in Financial Instruments Directive II, the applicable regulatory system differs in some respects from that of the UK. Blevins Franks Trustees Limited is authorised and regulated by the Malta Financial Services Authority for the administration of trusts and companies. Blevins Franks Tax Limited provides taxation advice; its advisers are fully qualified tax specialists. This promotion has been approved and issued by BFFM. 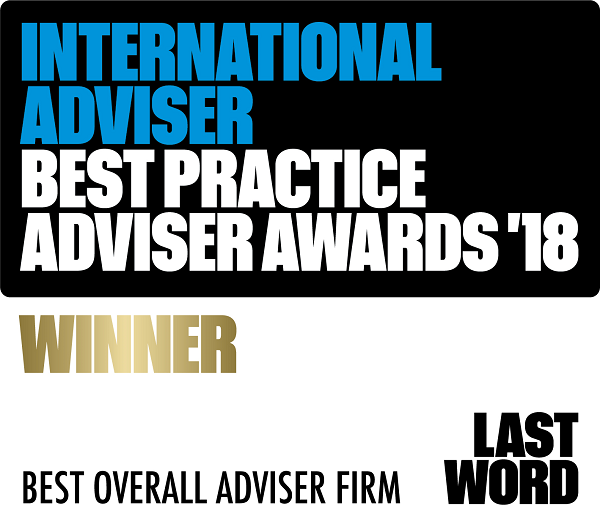