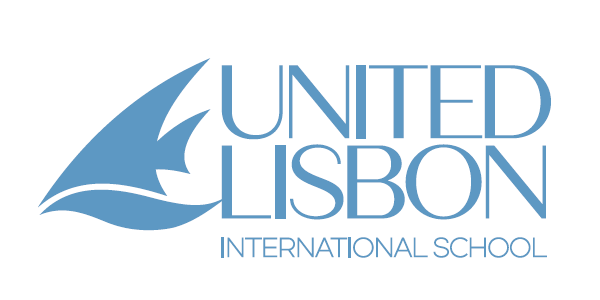 As a new international school in close proximity to the Park of Nations, the United Lisbon International School will open its doors to the first students in September 2020. United Lisbon will be a modern and innovative school, with its curriculum based on US-standards and leading to the internationally acknowledged International Baccalaureate (IB) Diploma, in combination with the “Advanced Placement” (AP) program, administered by the American College Board.

In September 2020, United Lisbon International School will open its doors to the first select group of 150 students from Early Childhood (3 years) to Grade 9 (14 years). A year ahead of the opening, the admissions process has now been officially launched. The newly opened admissions office – to welcome prospective families for individual meetings – is built to be a model space for the educational philosophy of United Lisbon as a transparent, agile and collaborative space.

After more than a year of planning, the renovation of the school campus, at Avenida Marechal Gomes da Costa, about a 10-minute drive from central Lisbon, is underway and will be completed in summer 2020. The first phase of construction focuses on the main building, with spacious classrooms, open-space learning hubs, state-of-the-art science labs, a maker space area and art studios. Around the building, the school’s outdoor sports facilities and playgrounds are also to be completed for the opening in 2020.

Chitra and Roman Stern, founders of the Martinhal Group and investors in the United Lisbon International School say: “We are excited to be starting the admissions process for the first intake now. The team has worked hard in developing the school concept and preparing the rehabilitation of the existing university site into a modern school campus. A significant part of the 200 families enquiring to-date has been from those wishing to relocate to Lisbon already for some time but were not able due to the lack of spaces in international schools for their children.”

United Lisbon school will be operated by International Schools Services (ISS), based in Princeton, USA. In over 60 years of history, ISS has successfully, supported launched and built more than 110 schools around the globe and is at the forefront of international school education. Already a year in advance of the opening, the school has successfully taken the first steps to accredit and authorize its educational programs at the national and international level:

“United Lisbon will offer modern education inspired by and fit for the 21st century and beyond, building on globally established educational standards such as the International Baccalaureate (IB) Diploma Program and Advanced Placement (AP). To enable students to grow through learning experiences that matter in the world into which our students will graduate, we create a forward-looking ecosystem for active, student-driven learning: applying new standards in pedagogy; creating open, agile and collaborative spaces; and a seamlessly integrating modern technologies,” says Dr. Nils Remmel, Founding Head of School.

Dr. Paul Johnson, ISS Senior Leadership Executive states: “Working to launch the United Lisbon International School has been an invigorating and inspiring experience. The team in Lisbon possesses the vision and drive to make United Lisbon an exciting school preparing students to face challenges of a rapidly changing world. Combined with the professional resources available through ISS, the school is positioned to be a leader in international education. It is exciting to be part of such a forward-thinking group of people.”

With its vision “to empower and inspire the young generation for a sustainable world”, United Lisbon will set itself apart through rigorous academic programs, a strong focus on the skills and values the next generation will need to be successful in tomorrow’s world, as well as supporting longer-term sustainabl Lisbon, puts it in a unique position to enrich student learning through experiences beyond the classroom building on partnerships and collaborations with local institutions and corporations.

All details on the admissions process are published at the school’s website: www.unitedlisbon.school

Martinhal Resorts are four hotels in Portugal located in the most prestigious and privileged locations – Sagres and Quinta do Lago in the Algarve, Cascais and Chiado in Lisbon. The brand is completely focused on the luxury market for families. The developers, Chitra and Roman Stern, are working on their fifth property, Martinhal Residences (www.martinhalresidences.com), in the Park of Nations in Lisbon.